The truth about COVID-19 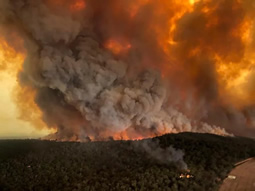 Then suddenly came rain and flooding. 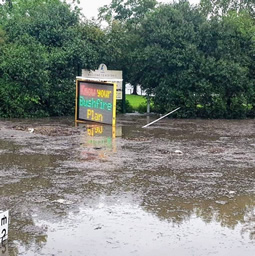 And now a virus outbreak and panic.

During the last three months that I’ve been in Australia, things have been very turbulent, to say the least.

But now after spending all this time with my wife’s family, it was time to leave and fly home to Europe.

With our boarding passes and face masks ready, I felt like we were in a disaster movie - escaping unstoppable developing contagion at the last moment.

The issue is that spending time on airports and air travel is probably one of the riskiest things you can do when it comes to catching a highly contagious virus.

So it was game on, the anticipation was high, our alertness even higher, and the priority was stopping our little toddler from licking the floor, seats, handrails… then it was scanning for potential carriers of disease, and everyone was a suspect.

As soon as the plane took off and people settled into their seats, I could hear people coughing and sneezing from multiple directions.

Two rows to our left there was some woman coughing her lungs off, I could hear another guy in the back, also coughing, albeit not as threateningly, and then there was someone EXACTLY in the seat behind us coughing and sneezing.

I knew that usually I wouldn’t be bothered by any of this but now I must admit I was genuinely disturbed. My main fear was the health of my son Dorian and bringing Covid-19 back home to my 80-year-old grandma and aging and chronically ill mother.

Yet there was no escaping the situation we were in, only accepting that it’s going to be a strenuous 24h of flying with probably no sleep...

Luckily, I can report that after almost two weeks of being home we don’t feel sick, so it really was an action-movie type escape in the last moment as Australia now prepares for lockdown and a pandemic. When we were leaving, just two weeks ago, things were not as serious.

However, I’m now in Croatia, and Italy, where the whole country is in quarantine, is our neighbor and biggest trading partner. It is only a matter of time when the threat of a virus slowly creeps across the border and becomes a real issue here as well.

Now this email is not about what I think the truth is about death rates, numbers of infected people, or how dangerous the disease is. Here I want to go into the root cause of this pandemic and why we are now struggling with this in the first place.

The truth is we humans with our actions have caused this coronavirus pandemic.

It may have started with a bat in a cave, and then, after passing through a pangolin, infected the first human, but it’s human activity that has set it loose.

We humans don’t think much of a natural world except as a resource to utilize for our own ends.

We invade and destroy the forests that are home to so many species of animals and plants. We cut the trees, kill off the animals, hunt them for sport, or imprison them and sell them in wildlife markets. We disrupt whole ecosystems and shake the balance between microbes and their natural hosts.

As we do all of this, we let loose so many unknown viruses. After they lose their natural environment and natural hosts, those viruses have nowhere to go except to their new host - the humans.

Bird flu, SARS, HIV, West Nile, Ebola, and Covid-19 are all viruses that are a direct consequence of the destruction of ecosystems, wildlife habitats, and growing deforestation.

We, by our actions, are directly responsible for this pandemic, and you could say the natural world is just fighting back.

As we continue with ‘deforestation as usual’, we can expect the 2020s to be the decade where we increasingly start to reap the whirlwind of everything we've been sowing all these years and decades.

Not just pandemics like the current one, but also bushfires, droughts, floods, dust storms, changed weather patterns, climate change… With current trends and no signs of reversing or stopping our slow descent into an environmental and humanitarian crisis, the question is, what can we do about it?

Although probably not much on the global level, as things probably won't change despite everything, there are just too many vested interests, on our local scale we can be a catalyst of the positive change we want to see around us.

We can help restore local wildlife habitats, grow forests, rejuvenate the soil, revitalize aquifers… all while providing for our needs, and building resilience for the uncertain future.

The human society at large might start to decay due to the consequences of unsustainably extracting from nature. Still, we can create pockets of greenery around the globe; green patches that flourish with food, resources, and life, and showcase a better way.

As more and more of these green patches emerge and grow, they'll start connecting like neurons in the brain and form a network of brilliant green that thrives despite everything.

I want my land to be part of that greenery, and that's what I'm working towards, especially now during this crisis, when it’s crucial to have food security and fewer avenues of exposure to the pandemic (fewer trips to the supermarket, to the grocer etc. needed).

In permaculture design, I have found all the tools I need to achieve this. I can assess the land to understand its natural tendencies, develop adaptive water management systems, set up the infrastructure that won't crumble away, create a healthy farm ecosystem that produces an abundance of food and resources…

When nature slaps us, humans, in the face harder than ever before, and people start to seek alternatives, I hope to be able to show with my example of how the alternative might look like.

So let's start building that better future and, rather than being helpless and hopeless, act decisively, today! I'll be here to help you take the first steps in the right direction.

In the coming week, I'll be reopening my 'Permaculture Farm Design' course that I've been revamping for the last few months. This course is my contribution to the permaculture movement with a simple aim: to help as many people to transform their land into a permaculture farm that regenerates the land while providing for their needs.

You'll find out more in the coming days.

In the meantime, what story about Covid-19 had the most profound impact on you? Hit reply and let me know!

This site uses cookies. By continuing to browse the site, you are agreeing to our use of cookies.